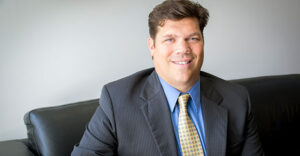 The civil rights laws of today came out of the passage of the Civil Rights Act of 1964. The act made discrimination against minorities by sex, race, ethnicity, religious affiliation and nation of origin illegal. Being arrested, charged, and even being found guilty of a crime does not mean that you have to surrender your constitutionally protected civil rights.

As a Tulsa civil rights attorney , Joe Norwood works with people who have been arrested and charged with criminal offenses and who have been abused by police officers, prison guards, or others in the criminal courts system.

The most common civil rights violations involve police brutality and police misconduct during or immediately following an arrest. However, racial profiling and racial discrimination that leads to an arrest is also a civil rights violation. The due process clause of the Fourteenth Amendment guarantees people who are arrested will not be subject to excessive force during their detention.

The most common civil rights violations stem from:

Joe’s first priority in any criminal defense is protecting my client’s interests, including protecting them from civil rights violations by the police and minimizing any consequences of a criminal charge against his clients.

Contact Joe if you have experienced a civil rights violation in Oklahoma. He represent clients from throughout the Tulsa metropolitan area and northeast Oklahoma.