A majority of criminal cases in the Oklahoma district court are drug related. Charges for drug crimes can range from fines, probation, and drug treatment for possession, to long prison sentences for felony drug possession or drug trafficking. Joe has significant experience working with people who have been arrested and charged with a drug crime. He is prepared to challenge unconstitutional searches and seizures, questionable testimony from shady informants, and civil forfeiture proceedings. 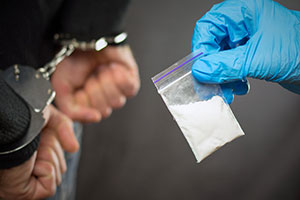 Joe has handled drug cases ranging from misdemeanor possession of marijuana to felony charges from the sale, distribution, and trafficking of narcotics. Joe has represented people of all social status in drug crimes cases, from wealthy individuals whose children have been arrested for drug possession to illegal immigrants charged with drug trafficking.

Often people facing drug crime charges are also charged with other criminal offenses, such as assault, burglary, or murder. Joe provides his clients with comprehensive representation from bail bond reductions to plea-negotiations and trials.